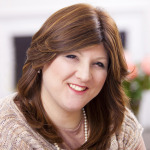 What does a dismissive attachment style have to do with anxiety?

This video discusses some signs as well as drawbacks of a dismissive attachment style, such as a focus on trying to look “normal”, denial of one’s emotional need for others and the effects of rejection on one’s sense of safety and security, and how a dismissive style attempts to cover up underlying anxieties that a person doesn’t want to admit to himself.

One common reason that someone might develop a dismissive attachment style, is to avoid painful feelings of rejection and disappointment in relationships. By acting dismissive towards one’s own feelings (and often those of others as well), a person tries to minimize the effects of relationship hurts by taking the stance of “I don’t care anyway, it doesn’t matter if I’m rejected or disappointed, it doesn’t bother me”, or “I don’t need people so I don’t get hurt when people aren’t there for me”.  However, just because a person doesn’t admit to himself that something hurts, doesn’t mean that he isn’t affected by it. Rather, he consciously feels unaffected, but the feelings of hurt come out in other ways- for example, through anxiety or panic attacks, somatic symptoms such as headaches or back pain, or vigilant attempts to control one’s own feelings and interactions with others. A dismissive attachment style is, in fact, a sign of anxiety- anxiety about whether one can cope with feelings of rejection, hurt, vulnerability, and pain.

This video answers some questions about a dismissive attachment style (also known as “avoidant attachment”. Many people have told me that this video has helped them understand their relationships better. I hope this might help you too…

I also recommend the book “Love Sense” by Sue Johnson, as well as “Trauma and the Avoidant Client” by Robert Muller- two of my favorites!