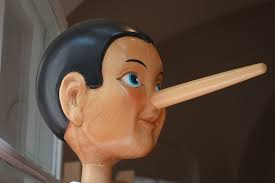 On Deceiving and Being Deceived

As a relationship therapist, I am often confronted with questions about honesty, deception, lies, and differences in perspective. Some couples come in accusing each other of lying. Some argue over events, each with a different version of what happened. Sometimes it’s a parent who comes in with a child, saying that the child has been lying, stealing, or being otherwise dishonest. While it’s never a good feeling to be deceived, different types of deceptions call for different responses.

Mentalization theory has a lot to teach us about different motives for lying or deceiving. In order to be honest, and for others to also see us as honest, we need to have a good understanding of the difference between pretend things in our imaginations (or minds), and real things in the real world. Without this understanding, a number of barriers to telling the truth can come up. First of all, a person may not understand why he can’t just invent the truth by making something up. So, for example, a child may say “I’m superman” and believe that this is true, and expect others to believe this as well. He is pretending, but does not know the limits of pretend yet. He may not understand that if he tries to fly while pretending that he is superman, he will fall down. If his mother says, “Hey, don’t do that- you can fall!”, the child may respond, “But I’m superman!” He just doesn’t get the difference between something he is pretending and the facts of the situation.

An even higher level of sophistication is when a person understands that he is lying or tricking someone. This means that he understands that he can make someone else believe something that isn’t true. For example, a child might say, “I got in trouble at school today, Mom.” His mother becomes upset and then he says “Just joking!” These are typically deceptions that are tolerated to some degree in relationships, and being able to “trick” someone is actually a healthy developmental achievement. Some children with certain kinds of disabilities have trouble understanding the concept of a “joke” or a “trick” and this is actually a problem in relationships!

What gets especially tricky, though, is when adults remain stuck in “pretend mode” and act as if real reality is not all that relevant. They may act as if something is true when really it is not, simply because they want it to be true or want to live in more than one reality at once. This involves a lack of acceptance of the limits of reality and can be quite crazy-making to the people around them. In a sense, this is referring to people who believe their own lies on at least some level. For example, a man may tell both his wife and his lover that he loves each of them more than anyone else in the world, and in his heart and mind he may believe that he is being truthful to both. In fact, he is living as if he does not have to choose between the woman he is married to and the woman he is not married to, and as if expressing love to each of them in words makes the reality of his infidelity irrelevant. He can say what he wants and expect others to simply play along.

Others lie more straightforwardly; they know they are lying but simply don’t care. There is a lack of regard for the rules that allow us to live relationally in a social world with others.

And then of course there are those who lie simply for attention or to invent a reality that feels better than the one they live in. These are the people who make up illnesses or dramatic stories about themselves, who create identities and experiences to evoke a response in the other which is delinked from the truth.

If you’re with someone whose relationship to the truth is perverted, you may have times where you question yourself or wonder if the things you are being told are actually true. You may sacrifice your sanity for what feels like love or to avoid the pain of acknowledging the denial of the truth you are living with. If this is the case, then you will likely need help to reclaim your relationship to your own perceptions.

P.S. If you haven’t seen my webinar on Living with a Toxic Person, you might find it helpful, sign up here