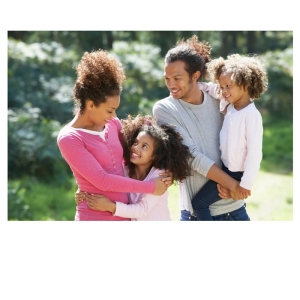 Can there be too much of a “good thing” when it comes to parenting?

Although most people come to therapy either because they feel some sort of distress or else are at a loss about how to manage a specific life situation or set of feelings, sometimes a client actually comes in because they are simply confused by the discrepancy between a sense of confidence about themselves and their actions and some sort of unexpected outcome.

I’d like to talk about a case in point: the “excellent” parent who comes in to discuss their “anxious” or “defiant” child.

When this kind of situation presents itself, the parents who come to see me usually express a sense of confidence about their parenting style; are often quite educated in many ways about contemporary “best” parenting practices; tend to be conscientious and dedicated to the child-rearing role; and are careful to work as a team so that the children always see a “joint front”. There really seems, by all accounts, to be a pretty good parenting environment which would expectedly lead to children who are secure, healthy, happy, and well-adjusted.

So it’s usually the “difficult” child that brings such parents in for help. Sometimes this child is anxious, fearful, and clingy. Sometimes the child is provocative, defiant, or angry. But the important point is that somehow the parents are completely puzzled by this child. There seems to be a child who “struggles” very much in spite of the parenting he receives; a child who calls into question the parents’ carefully thought-out notions of what it takes to raise an emotionally healthy child.

I have noticed that such parents can tend to be very smart, conscientious, and self-aware and often were prematurely insightful about flaws in the kind of parenting they received as children. They developed a very clear sense from a young age about the ways in which they would do things differently someday when they would be the ones in the parenting role. And the parenting flaws in their own parents that they counter-identified with, were not even necessarily anything extreme- like abuse or alcoholism etc.- but rather might have been something more subtle, like simply noticing a certain emotional fragility in a parent, or a role reversal between parent and child, or difficulty communicating about emotions in one’s family, or perhaps even just a subtle sense of friction between one’s parents that wasn’t shown overtly but made the child feel caught in the middle.

And in fact, when such people do become parents themselves, they are actually quite good at the parenting role. These are often parents who are warm but can be firm; flexible but also able to set limits. They foster independence in their children, avoid helicopter parenting, express warmth, communicate feelings openly and directly, pay attention to the inner experiences of their children, allow their children to fail when necessary, rarely fight in front of the kids, have fun, give their children good educational and extra-curricular opportunities, and choose childcare providers quite carefully.

In a sense, what could be better?

So it really is no surprise when such parents feel completely puzzled, confused, helpless, or frustrated when they have a child who simply doesn’t seem to respond to all of their “good” parenting in the ways that are expected. A child who is anxious or provocative may lead such parents to try even harder to find the “right” approach, or to question themselves, or to wonder if there could be some kind of reason for the child’s behavior that has nothing to do with them (for example, a “genetic” tendency to be anxious).

And while there are always so many possible explanatory factors for any child’s behaviors or emotions, many of which we may never “know” despite making our best guesses, I do like to raise the question: Is there such a thing as being “too good” for the child’s good?

And by “good”, I don’t really necessarily mean an artificial type of “good”, like the saccharine type of sweetness that some people walk around with and that seems annoyingly fake, or even a sense of following a bunch of literal parenting “rules” in a way that is too rigid.

Rather, I’m referring to a picture that is “too good” by virtue of the fact that the parents are identifying too much with the role of the “good parent” (“good” meaning balanced, composed, thoughtful, conscientious, etc.) to allow for a spontaneous reaction to the child that veers outside of the “role” that the parents feels themselves to be in.

Like, where is the real parent underneath the role??

In a sense, such parents can’t ever just be themselves and forget about trying to be a “good parent” enough, to just “be” sometimes.

My thought is that this can be disturbing to some children for a number of possible reasons. The child might sense a pressure to “turn out” a certain way and may sense the parents’ need for the child to confirm the parents’ sense of themselves as good parents (even if such parents never overtly pressure their children towards a set of expectations). The child may worry that his parents won’t be able to handle it if he messes up their “perfect parenting plan”.

Another possible dilemma for the child in such a situation is how to use his parents as a model for managing parts of himself that are unruly, not figured out, clumsy, awkward, conflicted, spontaneous, and struggling- when he can never find this in the parent? Parenting that is “too clear”, “too smooth”, “too figured out” can lead to an urge in the child to test out how safe or how real the relationship really is,  or to somehow puncture the parents’ composure with some sort of keen provocativeness. The child may also wonder (not consciously but on some unstated level): Are my parents responding to me in a spontaneous way that goes beyond their identification with a “parenting imago” that is more about their need to feel a certain way about themselves, than to have a real relationship with me as a separate self?

Some children do call our most carefully crafted plans into question…but perhaps they are also there to nudge us out of our comfort zones and to confront us with the limits of any given idealized position with which we might identify.

So I ask you: What kind of parent are you, and what can you learn about yourself and your child when you step outside of whatever box you might be in??