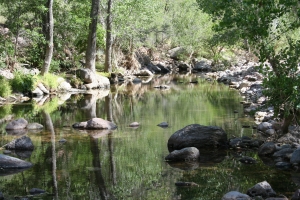 What is it that makes it so hard for some people to make decisions, sometimes even simple ones?

Whether it’s feeling unable to make a decision in the first place; making decisions and then undoing them (for example, getting into a relationship and then immediately pushing the other person away, or getting a job only to start sabotaging it from day one); or sending mixed messages about what we want (for example, telling our children to lose weight, only to act hurt when they won’t take seconds of the food we prepared), the ability to identify what we want and stand firm in our choices does not always come easy.

Take Jonathon, for example. He couldn’t decide if he wanted to continue therapy or to stop it. He liked coming to his sessions, which left him feeling understood and helped him sort out how to handle his inner conflicts…but he also felt vulnerable in therapy and angry that he needed the help he was getting. He would show up for one session and then skip the next one. Or, he would show up…but with a strong guard up, only willing to talk about issues he knew wouldn’t bring up painful feelings.

Laura also struggled with mixed feelings about what she wanted, especially when it came to boundary issues in her relationships. On the one hand, she would say that she wanted to be able to set boundaries with her family (who would call her at all hours of the day and night), but she also felt very guilty about doing so- and believed she was hurting her family by setting limits on their phone calls. So, without realizing it until we talked about it, Laura would set boundaries in a very tentative way, sounding unsure of herself, or leaving things open (for example, saying things like “Please don’t call me after 10 at night…I mean, unless it’s really important”), almost as if to say “I’m asking you not to call me all the time, but I’m not really serious about it”; of course, her family would then fail to take her seriously, much to Laura’s exasperation.

Sarah had a different problem with decisions altogether; her problem was that she would constantly analyze all possible outcomes before making any choices (this often paralyzed her), out of fear that she might make a “wrong” decision; she couldn’t tolerate the uncertainty of having to make a choice without knowing ahead of time how things would turn out. Simple daily tasks like deciding what to eat for dinner, when to exercise, or whether to bring her umbrella to work or not became points of obsession, as she tried to analyze which decision would lead to the best outcome or to later regrets. Sarah needed to learn to tolerate the fear of making a mistake as well as the discomfort of taking healthy risks even when we don’t know for sure how things will turn out.

There are many allures to not making choices; it allows us to believe that we don’t have to choose- that we can everything we want, without having to give up one thing in order to get another (in essence, we have the illusion of having our “cake” and eating it too); that we don’t need to take risks; and that we can avoid the loss involved in closing one door so another one can open. But when we fail to make those choices, we also limit ourselves to outcomes like being stuck, trading illusions for reality, and only experiencing the rewarding aspects of life halfway. I like to tell my clients that when you try to “have your cake and eat it too”, you don’t really have your cake fully and you also don’t get to eat for real either; you get half satisfactions that never quite hit the mark.

Sometimes we have to take the jump or close a door to get to the good stuff in life.

What are your thoughts?