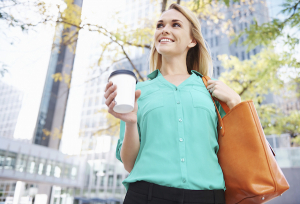 If you’re reading this post that starts with the words “Save my marriage”, then you probably already know just how true it is that difficult times can either bring us closer to the people we love, or draw us apart. Some relationships thrive in the face of adversity, while others break under the strain. What is it that makes the difference? Why do some couples manage to support each other when the going gets rough, while others seem to pull away from or blame each other?

One way to try to understand couples who start to unravel in the face of challenges, is to look for a shared unconscious experience that both partners are trying to avoid (this means that they are both unaware that they are avoiding something together). Good couples therapy will often go beyond the surface problems and probe deeper for what each partner is trying to avoid knowing about himself or herself as an individual. Often, each member of the couple comes in, saying something like  “Help me save my marriage!”, when they really mean: “Make my partner change!” Each partner feels that the task of “save my marriage” falls on the other partner- not on the self.

For example, take a couple in which the husband was abandoned by his mother in childhood, so loss is particularly painful for him. His wife lost her own mother to cancer when she was very young (and had to raise her siblings after that), so loss is also very charged for her. Both of them are now terrified because their oldest son was just diagnosed with a life-threatening illness. Rather than each of them acknowledging their terror of losing their son- and all of the painful memories of loss this would bring up for each of them- they get stuck in a cycle of blaming each other for how each deals with money, or they focus on religious differences that have been getting more pronounced between them. What’s missing is the link that would help them share their own fears and pain with each other, and use each other as a source of support rather than contention.

Another example is a couple struggling with self-esteem issues. The husband just lost his job and isn’t feeling too good about himself as a provider or a “man”. The wife just lost her sense of identity as a mother because their youngest child just moved out to go to college, and she no longer feels “needed” by anyone. Both are faced with insecurities they don’t know how to manage. So, the husband looks to relationships outside of the marriage to make himself feel good as a “man”, while the wife blames her husband for not paying enough attention to her and showing enough interest in her. Both get increasingly frustrated and angry that their needs are not being met in the marriage. However, the real need is to help each other feel valued again- and they don’t know how to use each other for a sense of self-esteem and value because both were so used to getting those needs met outside of their relationship together (the husband from his job, and the wife from her children).

There are many more examples of ways in which couples collude to avoid becoming aware of some form of shared pain or fear. One partner may view the other as a complete failure in order to avoid feelings of failure in himself, while the other partner can avoid dealing with fears of success as she experiences herself as a failure- rather than both of them helping each other deal with each of their own anxieties about what success or failure really means, and how much it really matters. One partner may be the one who gets out of control with spending, alcohol, or eating, while the other partner does all the worrying about the consequences. Both are struggling with finding a balance between being too rigid about responsibility and rules, versus “letting loose” and feeling carefree. Neither one wants to acknowledge that they each have a rebellious side as well as lots of fear about being too “free” or losing control.

Sometimes what we see on the surface covers up so much; it’s so easy to get caught up in the details of the latest fight or gripe and to miss the ways in which both partners really need each other to work through their deepest conflicts, feelings, and fears. Challenges are opportunities for drawing closer around shared struggles, and owning our own individual struggles (rather than getting distracted by our partners’ behaviors) is what allows us to acknowledge that opportunity when it knocks. So, if you feel like saying “Save my marriage!” but you’re really focused on your partner and what he/she is doing “wrong”, it just might be time for some shared reflection- and the chance for you and your partner to share the task of becoming closer and more intimate as you discover deeper aspects of your own selves!