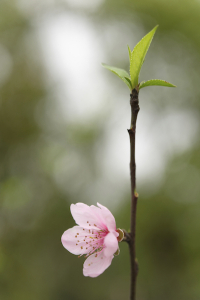 The Reinforcement of Personality Splits in Couples

Opposites can be particularly attractive to each other when a contrast is needed to offset (or distract from) insecurities about oneself.

A client, let’s call her “Debra”, had always been ashamed of her craving for attention and the limelight. She loved to be the “life of the party” although she often felt ashamed of her gregariousness, and sometimes used alcohol to give herself permission to be the loud, flirtatious, attention-seeking person she could easily become. Debra’s conflict about this part of her personality stemmed from early experiences of embarrassment with her own mother, who was socially inappropriate, histrionic, and oblivious to the way she was being perceived by others. Debra did not want to see herself as being that person whose need for attention trumps their social judgment, yet she could find herself becoming quite “show-offy” and overly dramatic at times.

So, in part to resolve this dilemma, Debra married “David”.

David, by contrast, was so unassuming that he wouldn’t even take credit for masterminding entire projects at work. He would somehow always manage to find ways to stay out of the limelight or to pass off the credit to others who were really much more peripheral to a positive outcome than he was. David was offered awards, but he could never accept them. Although Debra was initially attracted to this quality in David, especially because it was so different from how her mother had been, she slowly became frustrated as he passed up opportunity after opportunity for advancement in his career and social standing, due to his inability to promote himself at all (or even allow others to promote him). What Debra wasn’t aware of, though, was that each time she criticized him for being so self-effacing, she was simultaneously reassuring herself that her own wish to promote herself or get attention was healthy and normal. When measured against David’s self-effacement, her attempts to draw the focus and attention to herself could be viewed as “normal”.

Another client, “Annie”, hated to need anyone. This was largely due to the fact that her father had been so needy when she was growing up, that even something small like pouring himself a cup of orange juice from the refrigerator seemed to be too much for him to handle. He expected Annie’s mother to dote on him like a helpless child, and couldn’t stand up to anyone ever.

Annie has spent many years of her life trying to prove to herself and others that she is totally in control, wholly independent, and immune to the expectable feelings of helplessness that crop up on most of us some of the time. She disdains neediness.

So it was no surprise that Annie married a very needy guy, someone who reminded her of her own dad but also legitimized her own view of herself as the “not needy” one. Although Annie often complained that her partner wouldn’t ever leave her alone or take care of things himself, Annie actually needed him to be needy- because his neediness was so extreme that she could feel independent by comparison. Of course, Annie did have her own needs for attachment, comforting, and help at times when she felt distressed, but her partner’s level of need helped her efforts to stay distracted her from her own.

“Steve” was another client who came to see me with his partner for couples therapy. Steve had great difficulty owning his “angry side”, which reminded him of his volatile military dad; but underneath his gentle cover, Steve could in fact become quite the angry one. He was understandably attracted to a partner, Lia, who was quite prone to unpredictable angry outbursts. Steve often complained about her anger, but there was definitely a role he played in provoking it (for example, passively ignoring her needs until she felt ready to explode). We came to understand that provoking and focusing on Lia’s anger was a way of Steve letting himself off the hook for his own anger, over which he felt quite guilty. Although he had trouble acknowledging it at first, Steve felt very guilty over the angry feelings that he did have, so getting Lia to lash out at him helped him feel vindicated about his own occasional angry outbursts. On the surface, Steve complained that his wife’s anger made him feel fearful and helpless as he had felt growing up. Yet, at the same time, he was attracted to Lia’s anger in a way that was at times inexplicable to both of them, but that served an important unconscious function for him.

The splits that couples play out are infinite. One partner may be out having reckless fun while the other has to worry about the responsibilities. One does the worrying, the other is carefree. One wants to spend money with abandon, the other wants to save. One partner may be too negative and the other may be too positive. The list can go on and on. It can be so easy to believe that it’s the other who needs to change, and it can be a challenge for couples to sort out why they are pulled to the very qualities that they complain so much about.

Sometimes it is just the familiarity of a certain dynamic that makes it attractive; sometimes it is the vicarious experience it provides; and sometimes it’s really about the reassurance it gives us about parts of ourselves that we really question or wonder about. But whatever it is, the important part is what we can learn about ourselves if we look a little deeper when hit with the impulse to blame, complain, or change the other!