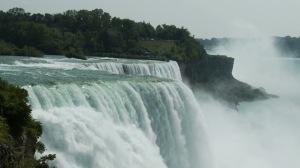 Learning from Experience and Distress Tolerance

It’s a well-known and sometimes paradoxical thing, but I do think it’s true: People often repeat painful experiences over and over again simply because they are afraid of the unfamiliar. Sometimes what we know, even though painful, is much easier than opening ourselves up to something new. However, even more problematic than our fears of the unfamiliar, can be our fears of focusing on the negative long enough to learn from it.

This came up recently with a young woman I was working with; I’ll call her Sonia. Sonia seemed stuck in a terrible pattern of starting to make progress and changes in her life (which was extremely chaotic when she initially came to see me) for short periods of time, only to have these beginnings of stability be immediately followed by periods in which she would completely wreck everything up.

For example, she might find a job and start to make money, only to sabotage it just when she needed the money the most. She would get into fights with people just when they were about to help her out. And she would break the rules and get evicted from her apartments just when she had finally settled in. Although this pattern was a bit frustrating to me as her therapist, since I could only seem to help her a little bit before she would be even worse off than when we started, it was extremely painful and excruciating for her. What was even more vexing was that this woman did not feel any sense of agency in these situations; she did not see her own part in creating constant crises, but rather viewed these situations as events that would happen “to” her, completely out of her control. I slowly learned not to get my hopes up when Sonia would start to be successful, because I knew that she would destroy it all just at the moment when things seemed to be going the most well. Sonia herself did not seem to be able to learn from experience; even when I could “catch” her beginning to self-sabotage herself, she often felt invincible- only to be completely caught off guard and blindsided when “events” would again “conspire” against her.

Eventually, I realized that it was important for me to remind Sonia of negative events from the past, just when she was feeling the most hopeful about the future. Sonia did not appreciate this; as a matter of fact, she felt that I was ruining her “good feelings” and trying to “bring her down” just when she was up. However, I was well aware that Sonia’s difficulty paying attention to past negative experiences once she was feeling “better” was part of what made it so hard for her to learn from the bad and to sustain the good, rather than just experiencing it for brief amounts of time before automatically recreating “crisis mode” for herself, completely oblivious to her part in this process.

As Sonia slowly became able to tolerate my comments about her pattern of self-sabotage, even when she was feeling “on top of the world”, we came to understand that Sonia was so used to being in crisis all the time, and living in survival mode, that it was simply too scary for her to get through the “weirdness” and unfamiliarity of allowing a sense of calm and stability to go on for some time. We were able to slowly look at the discrepancy between what Sonia was saying she wanted, and what her actions were saying- two very different things.

Although it was extremely painful for Sonia to acknowledge her “dark” side when she was feeling really great, that’s really what it took for her to see her part in bringing herself back to painful crises over and over again. Besides for hating the “not knowing” and uncertainty that came with feeling new feelings that Sonia wasn’t used to (such as staying calm and being surrounded by safety and stability), Sonia also hated to have her “good” experiences tainted by memories or predictions of more painful times; she felt that she deserved to feel “all good” when the crisis passed, because of how much pain she had previously endured. However, slowly and together, we both realized that Sonia needed to be able to pull together the bad memories with the good in order to break the cycle of ups and downs that she couldn’t seem to get out of.

While it might feel good in the moment to “split” the bad from the good, and to stay with “black or white thinking” about our circumstances, it’s only when we integrate our full experience that we are able to have a sense of control over the whole picture. There are some losses involved in this process, but doesn’t all learning include just a little bit of that? And, isn’t it worth the price to get to learn from experience rather than endlessly repeating it?