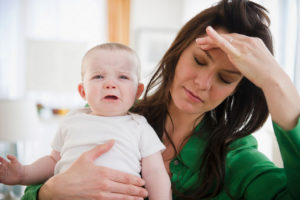 Is “Three a Crowd” when it comes to relationships?

When I was in graduate school, the idea of using triangulation in relationships had a pretty bad rap. But there are healthy things about relationship triangles too. (As an aside, a great book that discusses triangulation is Harriet Lerner’s The Dance of Intimacy).

What is triangulation, and what are relationship triangles anyway?

Well, triangulation itself refers to pulling in a third party to avoid the heat of having to deal directly with some anxiety or conflict in a two-person relationship. An example of this is when a parent complains to a child about the other parent, instead of communicating directly with the other parent about their gripes. This kind of intergenerational triangle can be tricky because not only is there an avoidance of direct communication between the two parents, but there is also an unhealthy boundary violation by using a child to manage a problem between two adults or two parents. However, triangulation doesn’t  have to involve an intergenerational boundary crossing. For example, a woman may complain to her best friend every time she gets upset at her husband instead of talking to him directly.

But there are other aspects to relationship triangles besides for unhealthy “triangulation” that bear mentioning too. By a relationship triangle, I mean a relationship dynamic involving three parties. Usually there is a relationship dyad operating at any given time, in which there is some kind of interaction between two of the parties. The third person is usually on the outside of the dynamic, either as the person being excluded or else as an observer or mediator. An example of a relationship triangle is the bully, victim, bystander triangle. The bully and victim are interacting and then there is also the witness to the interaction; this can be a person who is either trying to protect the victim from the bully, or conversely, egging the bully on. It’s clear in this case that the bystander has a lot of power to affect the victim/bully dynamic by his response to what he witnesses. Being an outsider comes with a power of its own.

A mother, father, child triangle is another crucial triangle in development. In many cases, the mother is the primary caregiver when a child is very young, and in this case, the mother and child are intensely close and enmeshed as the child depends unconditionally on the mother for basic survival needs such as food and care. The father is often a bit on the sidelines, although the mother’s separate relationship with the father matters a whole lot too. The father’s indirect influence both affects and is affected by the mother’s relationship with child, even though he is not as central as the mother is. The mother needs the father to ground her when the caretaking load become too much; she needs his support. The father may take pleasure in observing his wife and child interacting. The father can also take over and take care of the child when the mother needs a break. He can provide other kinds of support indirectly as well.

As a child gets older, this mother/child caregiving dyad changes somewhat and the child may become more interested in direct interactions with father that are more about things like stimulation, fun, and playfulness than maternal functions such as eating or being held. The child also develops cognitively and becomes aware of the fact that his parents have their own relationship with each other from which he is at times excluded, perhaps to be left with a babysitter or shut out by a closed door to the parental bedroom. These are pivotal experiences that help a child learn to be an observer and an outsider, and that also help the child  learn to view himself from an objective point of view. He develops the ability to see himself the way an outsider might see him and along with this comes a nascent capacity for perspective taking. Feeling excluded from the parental relationship can be painful but also relieves the child of feeling that he is his mother’s whole world. This allows him to separate and to use other relationships to get some of his needs met, for example at school and with friends. Learning to manage this mix of relief and disappointment is a crucial piece to healthy development.

Sometimes an objective third party can also be helpful in terms of mediating a relationship, as long as there is a sense of mutual respect amongst all the parties and a feeling of security that the whole picture is being kept in mind. For example, if a teenager feels that his father is being too rigid about his curfew and gets into a power struggle each time he tries to bring it up with his dad, Mom might be able to help out by helping the two of them talk to each other more effectively or even by talking with Dad privately on the teenager’s behalf. The important thing here is for the mother to respect the father’s position even as she might offer another perspective, and for this to be sensed by the teen. It’s also important in families that triangles don’t become too rigid; in this case for example, that would be if the mom was constantly stepping in to mediate between the father and the teenager. This kind of triangulation or mediation is okay once in a while, as long as all three parties have their own separate relationships with each other and an overall relationship to the family system. It wouldn’t be healthy for the triangulation to be fixed. It can also be helpful sometimes to run a situation by a third party before bringing it up directly with the person involved; sometimes this helps the communication to be more effective.

What are the triangles in your relationships and are they working well or not? Let me know your thoughts on my facebook page.