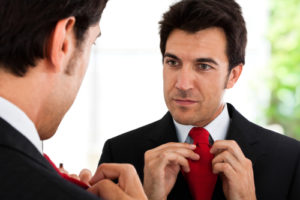 What are Narcissistic Vulnerabilities?

Many of the difficult people we encounter in life can be thought of as having narcissistic vulnerabilities. This means it is very difficult for them to regulate their self-esteem and that they are vulnerable to feeling very ashamed. These people often feel the need to use other people as selfobjects, meaning they use other people to fulfills functions of their own selves that they cannot fulfill on their own, such as managing their self-esteem. Actually, we all use other people at times in this way, to help us feel strong when we feel weak or to boost our self-esteem when it is low. However, someone who is narcissistic will use other people primarily in this way and will have difficulty relating to other people as having needs of their own or a separate existence. (In this post I am primarily discussing people who are sometimes referred to as thin-skinned narcissists; they are not bad people, but are very insecure and cover that up with anger and other behaviors that can be difficult for the people who deal with them).

Strategies that Narcissists Use Involving Other People:

There are several common things narcissists do to manage their feelings of low self-esteem, shame, and insecurity. One strategy is to use other people to make themselves feel good. Two typical ways that others are used are for mirroring (admiration by other people) and idealizing (seeking connection to someone who is admired). When a person desires admiration- or mirroring- he may brag about himself, try to overachieve in search of admiration, fish for compliments, or inflate his sense of accomplishment. When a person seeks an idealizing response, he will try to become connected with and get the attention of admired others, such as famous people (famous doctors, clergymen, etc.). He will then vicariously partake of their fame and strength.

One of the hallmarks of the more disturbed narcissists is that they treat others as merely there to make them feel good about themselves, and not as having any needs of their own. The classic example in Self Psychology is that, in the same way that a person will become enraged if a part of his own body- such as his hand- does not work right, he will become enraged (or intensely frustrated) if the other person, who is experienced as there to make him feel good about himself, does not function in that way (the narcissist relies on others to make him feel good with the same urgency that a person relies on oxygen to breathe).

Depending on the level of disturbance of the person, someone with narcissistic vulnerability may try to control others as a way of making sure that he will constantly be provided with the needed self-esteem supplies. Realizing that another person is separate from him or not under his control, can evoke the same kind of terror and rage that would be felt if someone’s very survival was at stake.

The narcissist may also act entitled to things that others don’t have, as a way of coping with the shame of needing things he fears he may not get, or making himself feel special. Someone might even exert physical control over others when they do not act as an extension of him (this is common in domestic violence cases). The narcissist may also distort reality or ignore certain aspects of reality to meet his self-esteem needs. An example of this is when someone criticizes him and he just continues talking as if the person didn’t even speak (if you know of people who don’t seem to hear a word you say when you talk to them, then you will know what I mean).

Other Strategies that Narcissists Use

Other self-esteem regulation strategies may involve ideas inside one’s own head that are grandiose- feelings of being very great or needing no one. This is one of the reasons why people with narcissistic vulnerabilities do not usually present for psychotherapy- the very idea that they could need help from another person or that something could be “wrong” with them is a self-esteem blow in itself. (For those with more idealizing needs, they may be willing to see a therapist as a way of trying to connect with an admired professional who will validate their experience).

In addition to proactive measures to regulate self-esteem (not usually conscious, and often involving other people as extensions of the self), the narcissist has various strategies for reacting when he does experience a self-esteem threat. For example, when the narcissist does something wrong and is threatened inside with guilt or shame, he may convince himself that the other person deserved what he did- and avoid taking responsibility or apologizing. As I mentioned earlier, he may also change reality in his own head to fit with what he wishes for, or he may display rage reactions when his self-esteem needs are not met.

The narcissist may also contradict himself, having different opinions about the same issue, depending on whether the opinion enhances his self-esteem in a given situation. For example, a father-in-law supporting his son-in-law financially may like to brag to all of his friends about giving support (seeking mirroring for his generosity), but may then complain about the same thing to the son-in-law himself (wanting to keep the son-in-law dependent on him and appreciative so that he’ll have his constant devotion).

Practical Strategies for Dealing with Narcissists

Okay, so enough about all of that. What I’d like to do is talk about a few basic strategies that can help a person master their interactions with a narcissist. The primary way to do this is to find ways of reducing threats to his self-esteem, and to help the narcissist feel better about himself in your presence. Typically, empathic statements that reflect caring and understanding towards the narcissist’s self-esteem needs (or wounds to self-esteem) do much to tone down rage reactions and needs to control. (This does not apply to people who are “sociopathic” and are motivated more by the desire for revenge than for protection from debilitating shame reactions).

While it may seem that empathizing with the narcissist’s entitlement, need to control, and self-absorption may be reinforcing aversive behaviors, the need to protect his self-esteem is often so strong that it is futile to do anything that is in opposition to that goal. Trying to contend with the most basic survival mechanisms and defenses that are elicited when the narcissist’s self-esteem is threatened, and having a rational conversation with him when he is in a state of desperate need, is certainly not going to go very far.

Okay, so here are the basic strategies that I would recommend:

Some Barriers to Implementing These Strategies:

Sometimes people tell me that they can’t make empathic statements to the narcissist because it will seem “fake” or “phony”. In that case, I would recommend that you begin by simply trying to understand how things feel from the narcissist’s perspective, and eventually, the empathic statements will flow naturally. One thing to keep in mind that might help with the empathy is that most people who have such difficulties with their self-esteem, have very good reasons for the ways in which they try to protect themselves.

For example, some narcissists grew up with very critical parents, or parents who were narcissistic themselves and controlling or demanding. Others had parents who spoiled them in return for an unspoken demand for devotion at the expense of ever separating or developing an autonomous self. Still others had “normal” families, but very difficult situations outside of the family, such as in school. Maybe some people even have temperamental difficulties that make it difficult for them to feel good about themselves or to manage their own self esteem.

Try to really understand how the narcissist got to be so vulnerable. At some point, you will probably start to feel sad for him instead of angry- and it will be much easier to make empathic statements and also not to feel intimidated by his demands. Most of us have these narcissistic needs, but not all of us distort reality or try to control reality to meet them. If you can get more in touch with the things you yourself do to make yourself feel good, you might have an easier time empathizing with the narcissist.

If you find yourself feeling unable to try out any of these suggestions, it is possible that one of two things might be happening:

In either of those cases, talking to a therapist yourself can help.

P.S. Do you want to learn techniques for how to manage someone in your life with narcissistic tendencies? Click here to learn more about the online course I offer in which I teach these skills to you.