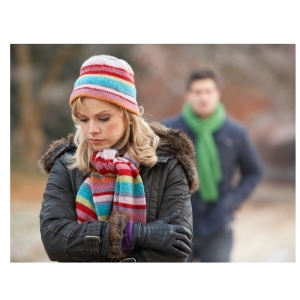 When Kindness is Taken for Weakness

Does your relationship get worse the nicer you are?

Does your child or partner push your buttons until you explode?

Does your partner, child, or parent do any of the following:

If you recognize any of these things in your relationship with a family member, you may be dealing with 4 possible problems that have some overlap between them, but which I am going to differentiate for the sake of this article:

Now, some of the ideas I am going to share here are based on some complex psychoanalytic ideas about how a manipulator personality gets formed, and I’m going to give some background on this in order to frame some of the practical suggestions I will be making at the end of this post. If you want to skip this part, feel free to just go to my list of practical suggestions at the end, which I hope will be clear and helpful.

Okay, so to start off, a core problem for manipulators is lack of the “paternal function” in relationships or in one’s personality. This essentially refers to the idea that relationships need to take place within a framework in which there are rules and shared understandings; limits to how far things can go; and a sense of an outside person, authority, presence, or perspective that can buffer relationships from getting too enmeshed, overstimulating, suffocating, violent, emotionally or physically unsafe, intrusive, or exploitative for either person to manage. Traditionally, it has been the father who has provided this paternal function, using his presence and authority to set limits in the family, and to stop a mother and child from becoming too enmeshed; this is why we use the metaphor of the “paternal” to represent this limit-setting function. When a person experiences this paternal function in his early relationships with his/her caregivers, it results in the internalization of this function within one’s personality, meaning that a person will have a sense of limits, respect for authority, and the ability to accept that a relationship can’t/shouldn’t be so all-encompassing or seductive that it becomes overstimulating, manipulative, or suffocating.

In manipulator personalities, this paternal function is very tenuous, leading to relationship interactions in which behaviors that typically nurture a relationship and elicit healthy communications actually make things worse. For example, the nicer and more accommodating one is, the more hostile a perverse family member may become.

One way in which one’s personality and subsequent relationships can get corrupted in this way is when a parent (often one’s mother, but not always) uses a child for gratification of his/her own needs in a way that can feel loving and exciting to the child at first blush, but that is ultimately overstimulating, confusing, and disavowing of reality when looked at more closely. A child can also learn perverse behaviors from a parent who acts in a perverse way towards the other parent.

Some common pathways to perversion are:

In such cases, the parent is essentially exploiting the child’s innocence for the sake of his/her own satisfaction and using the child to satisfy the parent’s desire (sometimes a romantic one) instead of nurturing the child’s growth and development as an individual and within the framework of what a parent/child relationship is supposed to be.

When a parent uses a child to meet his/her own needs for love or satisfaction, and treats the child as if he/she can or should be the parent’s whole world, it leads to a  lack of security about how much one can act on one’s own whims at the expense of another. There are no boundaries to let the child off the hook from having to feel responsible for being anything and everything that is missing in the parent, and this also prevents the child from learning the limits of reality and the normal rules about how society works.

Oftentimes, a child in this situation does not recognize this for the setup it is, and on the one hand, feels empowered and excited by the power the parent is giving him/her; on the other hand, this cripples the child from knowing how to function in the real the world and also leads to tremendous unconscious anxiety at the parent’s demand for the impossible or the immoral. And then, when the other parent does not step in as an authority figure, or agent of separation, to place a limit or a boundary on this manipulation of the child, that child grows up with a deficit in the area of paternal function.

Deficits in paternal function can lead to many different types of problems, for example:

Perverse dynamics such as these create relationship experiences later in life in which love is often viewed with suspicion and/or experienced as a setup or manipulation. This can lead to manipulative behaviors in relationships and the feeling that there is always a hidden agenda when someone is being nice. Niceness is not trusted, and a person may provoke the other into being aggressive or hostile when things seem too good to be true (ie when things are going well in the relationship). A manipulator personality may also push his/her partner’s buttons the more the partner tries to stay calm or be nice, until the partner can’t take it anymore and finally explodes or reaches a limit, at which point the provocations stop. Sometimes things will only settle down the minute the partner is truly ready to leave.

If your relationship involves any of the following, you may be dealing with a manipulator:

Many of these behaviors (which are often subtle and unconscious) are a way of getting the other person to define a limit, rather than being someone who is limitless in their love and acceptance, which often is a reminder of the setup from the original parent, in which love without limits was really a corruption of the parent/child relationship, rather than an innocent parent/child love. If your partner (or another family member) is organized in this way, he/she may view you with suspicion and paranoia when you act too loving or kind and will take your kindness for weakness.

A similar related dynamic to manipulator dynamics, but not necessarily the same, is when a person feels that closeness with another is threatening to the integrity of one’s self (this is more of a “borderline” dynamic, due to “borderline” anxieties about boundaries between self and other in relationships). Love or closeness in such cases may feel intrusive or violating, leading to anger or rejection when you try to get close. Anxieties about whether one can maintain his/her own sense of self in relationships can lead to feeling threatened before, during, or after moments of closeness. This can lead to provoking a fight or pushing your buttons when things feel too close or too good, in order to create some distance and/or redefine one’s boundaries.  This can also lead to a push/pull dynamic in a relationship, in which couples take turns inviting each other in and then pushing each other out.

Oppositional behavior on the part of a child in relation to a parent can often stem from similar anxieties as well; the behavior may be a way in which the child tries to push the parent away when closeness feels too threatening, or can be a way of telling the parent that the closeness feels unwanted and intrusive. When a parent does not respect this need for more distance and keeps trying to “make nice” the more the child acts out, the child will often escalate their aggression or rejection of the parent in order to create a boundary.

So, here are some practical strategies for how to handle situations in which your partner, child, or someone else in your life may be responding in dysfunctional ways to your attempts to be loving, kind, or close to them:

If you have any questions or thoughts, feel free to let me know!

For more information about how to manage a personality disorder in a family member, check out my online course called “How to Protect Your Child (or Yourself) from the Harmful Effects of Living with a Toxic or Emotionally Unstable Family Member”

P.P.S. You may find my other blog posts on manipulation helpful as well: