Perfectionism and Projection in Psychoanalytic Therapy 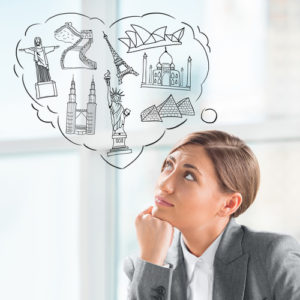 Insights from Psychoanalytic Therapy: Could you be projecting in your relationships?

We all have defenses, which are ways that we protect ourselves from feelings, experiences, or memories that are painful or hard to cope with. One common defense is “projection” or “projective identification”, in which we attribute feelings and experiences that feel threatening to us to other people in our lives, and then identify with those feelings (for example, by becoming overly focused on those feelings/experiences in the other person, or by trying to control or judge those feelings/experiences in others). One of the problems with this defense is that we don’t have control over other people (even if we would like to believe we do!), so focusing too much on someone else’s feelings or experiences can lead to a lot of frustration, sometimes to the point where we think that if only the other person would change, we could be “rid” of our own problems/feelings.

Sarah was a case in point. She had very high standards for herself, believing that she needed to be the perfect mother, wife, and employee at all times, in order to have any value as a person at all. When other people would criticize her, or when she would make a mistake, Sarah would feel devastated. She put an enormous amount of pressure on herself and would double up her efforts at perfection any time she sensed that someone was either unhappy with her or outdoing her. One of the reasons for Sarah’s perfectionism was that she grew up with parents who were extremely concerned about their “image” and put an enormous amount of pressure on themselves and their children to “look perfect” at all times. Sarah’s parents were very competitive and constantly focused on how they measured up to others and on external standards, and Sarah had internalized this focus.

However, despite Sarah’s success at looking “perfect” just about all the time, and meeting her own internal standards, Sarah also felt very pressured from having to constantly worry about measuring up and keeping up with other people. Sarah was exhausted from constantly trying to avoid criticism. Sarah didn’t even realize how much pressure she was feeling, but she did manage to attract very critical people into her life, people who would reinforce her view that she was constantly being judged, evaluated, and competed with. Although Sarah had a lot of very relaxed and non-judgmental neighbors, somehow, she only managed to become friends with the neighbors who were as competitive as she was. And when she was offered one job in a relaxed, non-demanding environment, and another job in a pressured, competitive one, guess which one she chose? You guessed it, the competitive one. Sarah’s husband was also very driven and critical and reinforced Sarah’s perfectionism, constantly urging her to keep up with her “superwoman” goals and praising her when she managed to play her multiple roles to perfection.

Sarah came to see me for psychoanalytic therapy after she gave birth to her fourth child. At that point, working full-time and caring for her family with such unrelenting standards for herself, had simply become too tiresome; Sarah was exhausted, could no longer perform to perfection, and now felt that she was completely worthless. She felt depressed and at risk of completely shutting down from all the tasks that simply overwhelmed her by this point. Sarah also felt resentful of her husband for not helping her more and for failing to appreciate the toll that her perfectionism was taking on her.

Sarah’s way of managing her current state of affairs, in addition to feeling depressed and shutting down altogether, was to focus on her second daughter as the source of her problems. Her daughter (in Sarah’s view) was too draining, too argumentative, too fat, and too scatterbrained. Her daughter reflected poorly on Sarah as a mother and Sarah was completely ashamed of her and frustrated with her. As a matter of fact, Sarah confessed to me, she actually hated her daughter. She wished she had never had such a child, a child who was nothing like Sarah or her other children, who were all polished, put-together, popular, academic, and organized. Sarah truly believed that if only this daughter would be more agreeable, prettier, better at school, and less contentious, Sarah would be able to keep up her perfect performance as a mother and in all other domains of life, as well as preserve the image that she has always maintained. However, the more Sarah tried to control her daughter, the more her daughter resisted and the more frustrated Sarah became. Sarah and her husband began to argue as well about how to best deal with this child, so Sarah also felt that her daughter was negatively affecting her marriage.

In my view, Sarah’s daughter had become the source of all of Sarah’s negative projections about her own self when she was not “measuring up” to her image of her “perfect self”. It was clear to me that Sarah’s daughter represented Sarah’s “split off” self, all the aspects of Sarah’s own personality that she feared would be revealed if she would stop trying to “control” her image and loosen up some of the pressure she put on herself. Sarah’s daughter represented Sarah’s worst fears about her own self, the part of herself that she believed must be lurking underneath her carefully crafted image of perfection and pressured attempts to avoid feelings of failure, clumsiness, and shame.At first, Sarah was completely unreceptive to my attempts to help her have compassion and love for the image of “less than perfect” that her daughter represented to her. Sarah’s own narcissistic parents had created so much hate and disgust for imperfection in Sarah’s mind. Sarah had never learned to tolerate her own or others’ flaws, and this was exacting a huge price on her ability to cope with overwhelming life demands; to forge a loving relationship with a daughter who was less polished and pressured about performance than herself; and to enjoy the process of growing that comes with acknowledging lack of perfection.

At first, I simply empathized with Sarah’s frustration and helplessness as a mother, which Sarah experienced as a result of her inability to control her daughter and “remake” her image. Slowly, as Sarah began to trust me more, she was also able to acknowledge how hard it was on her as well, to live with so much pressure and to have to compete all the time, although she continued to believe that it was necessary to try to be “perfect”. It was only when Sarah felt even safer in the relationship with me, after some time, that I started to model my own ability to cope with my mistakes and imperfections in the sessions with her, and I tried to help Sarah verbalize how it made her feel to notice imperfections in me. As we explored this more, Sarah started to slowly relax her internal standards and even to allow herself to experiment with being less uptight in the relationship with me (for example, by asking for a schedule change even if might inconvenience me, or by saying something that she thought might upset me). As Sarah began to trust my acceptance of her “non-perfect self”, she also began to accept her daughter as well…and in some moments, could even acknowledge that her daughter was a gift who had helped her with her own growth.